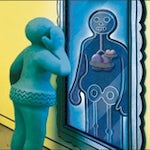 Andy Burnham, secretary of state for health, hailed the “fantastic progress” towards achieving the “lifestyle revolution” the Government is hoping will combat obesity.

Change4Life launched with a multimedia blitz created by M&C Saatchi in January 2008. Since, a number of sub-brands including Bike4Life and Walk4Life have been developed with the aim of encouraging people to get active, while a wider social marketing campaign has taken the brand into schools, GP surgeries, community centres and supermarkets.

Business4Life, a supporting commercial coalition brought together by the Advertising Association, was also developed to represent companies including PepsiCo, Tesco and Coca-Cola. The Business4Life partners have collectively committed a £200m “in-kind” contribution to Change4Life though their marketing, branding and advertising skills.

The first anniversary report, entitled “One year on”, detailed some of the progress made to date. It claims that 88% of all mothers with children under 11 recognise the Change4Life logo against a year-one target of 44%. In terms of take-up, the number of families signing-up for the initiative is double the first-year target of 200,000, at 413,466.

The report also provides evidence of behavioural change as a result of the campaign with 35% of the 300 mothers with children under 11 asked saying they have taken some action after seeing Change4Life ads between July and September last year, compared with 28% between February and April 2009.

In addition, the numbers eating healthier foods and doing more physical exercise increased from 13% to 18% and 10% to 16% respectively between the same two periods, the report says.

Jane Asscher, chairman of 23red and co-author of the report, says the initiative’s success to date isdown to its “ability to mobilise individuals and organisations on a national and local level”.

Tim Lefroy, chief executive of the Advertising Association, says the progress made is due to Change4Life’s “upbeat and encouraging” message that gives people an opportunity to “do something for themselves”.

The latest stage, announced this week, is aimed at overweight adults aged 45-60 with a focus on men. It will encourage adults to lose weight by making lifestyle changes such as reducing portion sizes and, for the first time, include messages about the calorific content of alcoholic drinks.

The activity’s “umbrella positioning” centres around a “swap it don’t stop it” message that aims to encourage adults to make positive exchanges such as swapping large portions for small.

Asscher says the target of this campaign, essentially middle-aged men, represents a “different challenge” and is a “tough nut to crack” because the message is not about the future consequences of a poor diet and lack of exercise but about making immediate lifestyle changes.

“It is not about long-term risks but promoting short-term benefits,” she says.

To support the campaign, the Government is calling on partners to develop employee health and well-being programmes at work.

Beyond this, the Government intends to look at how far the brand might stretch into other public health areas such as those run by local authorities and primary care trusts.

It also aims to attract more brand ambassadors, both celebrities and mums, in order to spread and broaden the message.

Burnham, at least, is clear that Change4Life’s work has just begun and talks about creating a “societal movement” to combat the rise in obesity.

“Unless we sustain the achievements of year one, we will still face an obesity crisis in years to come.

“With the Change4Life brand and the continued commitment and energy of the Change4Life movement, I believe we can support people to make the
simple changes that will lead to us living healthier, longer lives”, he says.