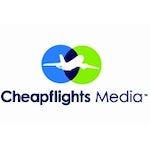 The move follows the company’s launch of a dedicated travel search engine called Zugu and the changing of its trading name to Cheapflights Media, though the campaign will focus specifically on Cheapflights,

Meredith Hanrahan, chief marketing officer at Cheapflights Media, says the company wants to be seen as a global media brand and will use advertising to raise awareness of its services.

“We want people to consider us as a media outlet they can come to for any travel-related purpose. Consumers want flexible travel options, and we have a distinct offering in this, so it’s the right time for us to advertise and garner attention,” she says.

The online travel company and its rivals, including Expedia and Netflights, have had to cope with a drop in passenger numbers due to the global economic downturn.

Cheapflights does not sell flights, but publishes deals online from hundreds of airlines, low-cost airlines and travel operators that fly out of the US, the UK and Canada.

Cheapflights is launching campaigns in all three countries throughout June.

Hanrahan says: “We’ve targeted this campaign to stations that broadcast to 25- to 45-year-olds, who we feel are the audiences that will search for the best holiday rates. This campaign will help to reinvigorate our offering and raise awareness of our brand.”

The campaign has been created by VCCP and has been localised for each country.