According to reports, Johnson will be part of the interviewing panel for candidates to replace Andy Duncan as chief executive.

Johnson is leaving Channel 4 on 31 January when Lord Burns, the former Treasury permanent secretary and Abbey National chairman takes over as chairman.

Alex Graham, the founder of independent producer Wall to Wall and David Abraham, the chief executive officer of UKTV who was in charge of the rebranding of digital channel Dave have both emerged as candidates for the role.

Kevin Lygo, the Channel 4 director of television, Caroline Thomson, the chief operating office of the BBC and Lorraine Heggessey, the chief executive of Talkback Thames and former controller of BBC1 have all reportedly been linked to the role.

Lord Burns was appointed by Ofcom as Johnson’s successor as chairman of the broadcaster in November.

Dunnhumby, the market research company that created Tesco Clubcard, has bought KSS Retail, a US based shopper behaviour tracking firm. 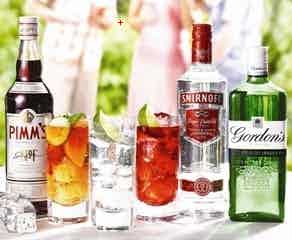 Bills for metered customers of a major water company have hit their target for accuracy six months after implementing identity management services. Severn Trent Water has worked with GB Group to achieve compliance with OFWAT’s  DG8 meter reading regulation and has hit 99.85 per cent accuracy for billing. With 1.2 million consumer water meters to […]