Gillette, which is owned by Procter & Gamble, is promoting its recent accreditation by the British Skincare Foundation, and claims it is the first razor brand to achieve the accreditation.

The campaign launches this week with TV and press activity. The campaign has been localised in the UK to feature a grass tennis court, while in ad spots around the globe, the campaign will feature hard tennis courts.

A digital and PR campaign will follow later in the summer in time for the Wimbledon Championship.

The world number one tennis player will star on his own in the shaving brand’s campaign, which focuses on sensitive skin.

James Nunn, P&G grooming brand communications manager, says: “Gillette never stepped away from celebrity brand ambassadors but we will dial their use up or down depending on the relevance of the campaign.” 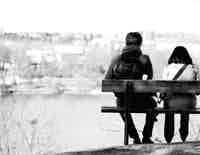 A new breed of ’brand dating agencies’ are turning partnership deals on their head by linking brands by personality traits rather than shared needs. Have we seen the future of corporate alliances?

Royal Mail’s Address Management Unit is expanding the access channels for its postcode address file following the appointment of a new supplier.