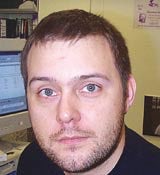 With the news at the end of 2002 that Northern &amp; Shell plans to launch another celebrity weekly, called Wow!, this spring, publishers’ confidence in the genre shows little sign of diminishing. Certainly, the market has shown incredible growth, in terms of revenue and circulation, with notable success stories such as Heat and Now eclipsing more established rivals.

September saw EMAP launch Closer, targeting a mass-market readership with a combination of celebrity news and “real-life” stories. H Bauer is also working on a celebrity launch, under the working title of Project Young.

Clearly, many publishers see British women as aspiring stalkers who just can’t hear enough about people who are, in effect, perfect strangers to them. The circulation increases shown by the likes of Heat and Now certainly seem to bear this out.

There was a time when young, upmarket women didn’t buy weeklies. Then along came Hello!, OK! and their ilk, and all of a sudden weeklies were in. Consequently, the celebrity sector has succeeded in targeting advertisers in sectors such as luxury goods, which had hitherto been the sole preserve of the glossy monthlies.

But the mass market has always bought weeklies – so why do we need a mass-market celebrity weekly? Indeed, with celebrity widely seen as the panacea to all publishing ills, the traditional women’s weeklies are shifting their focus in this direction. So, when does a celebrity magazine with real-life content become a traditional women’s weekly with celebrity gossip? At what point is it worth shelling out &£1 for a standalone magazine when Sunday Magazine, M Celebs and Star World already offer something very similar free of charge?

By their very nature, mass-readership celebrity weeklies are likely to be in direct competition with traditional women’s weeklies and easy entertainment titles for ad revenue, rather than with their more upmarket counterparts. If this is the case, they may be in for a rough ride: traditional women’s weeklies have lost the fireproof quality they showed in 2001 – with ad pages reduced by about four per cent, and major sectors have seen double-figure falls.

Furthermore, positioning a title in the celebrity sector comes at a cost. This is, after all, a market that has settled historically for much lower yields than those commanded by traditional women’s weeklies. More titles means more inventory and, in the current climate, that can only drive prices downward, as competition becomes ever more fierce.

EMAP is clearly in the sector for the long term – as demonstrated by the commitment it showed to Heat after an unsuccessful launch. Northern &amp; Shell, too, delivered with OK! when the consensus was that Hello! held an unassailable position. With this in mind, who would bet against Closer and Wow! proving the doubters wrong? My top tip? Spread betting on the number of restraining orders issued against magazines in the next year. Even with my finely chiselled looks, I wouldn’t join the cast of Hollyoaks for anything.