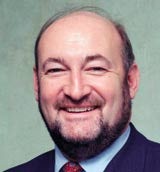 WPP Group is close to securing control of stricken Cordiant Communications at a net price, after accounting for disposals, of as little as £120m.

However, there is growing outrage in the City about the way Cordiant’s management has negotiated an exit deal which, if successful, would leave shareholders almost penniless but two Cordiant directors with a severance payment worth up to 18 months of their salary, plus a bonus.

“This is worse than any of the fiascos that happened in the early Nineties,” says one analyst on condition of anonymity. “It’s worse than Yellowhammer or Valin Pollen. So far as I can see, it’s an engineered crisis.”

If WPP succeeds in its bid, chief executive Sir Martin Sorrell will have secured a bargain, acquiring a company with revenues of more than £400m for less than half the price he paid for the much smaller CIA. Central to a solution is the need to placate Cordiant’s lenders, who are sitting on £250m of debt and could theoretically put the battered communications group into administration.

However, the Cordiant manage-ment team, headed by chief executive David Hearn, is already well on its way to offsetting the debt with a disposals programme.

It has struck a deal over the majority of Cordiant’s Australian operations, worth £25m, and has agreed to sell its majority stake in German agency Scholz &amp; Friends to venture capital fund Electra for about £16m; a further £25m is expected from a management buyout of financial public relations outfit Financial Dynamics and £75m from the sale of a 25 per cent share of Zenith Optimedia to Publicis, which owns the remainder. In all this would account for over £140m, which could be pledged to the lenders.

Earlier Publicis interest in doing a deal with Cordiant (MW last week) seems to have waned. It had floated the idea of a so-called “pre-packaged administration”. Under this, the lenders would have offered Cordiant to Publicis for a knock-down price and immediately recouped their money.

But the scheme would have been bad for the reputation of Cordiant’s top executives, particularly a high-profile City figure such as chairman Nigel Stapleton. It would have left shareholders penniless and run the risk of Cordiant clients moving elsewhere, regardless of previous contractual arrangements.

WPP seems to be considering an immediate delisting, which would avoid such change of control problems. Leading Cordiant clients British American Tobacco and Pfizer are said to prefer a WPP deal to a Publicis deal. WPP is understood to be offering a small amount, perhaps £10m, to appease shareholders, who would receive nothing if the company were put into administration by the lenders.

Thresher Group has teamed up with Warner Holidays and Ramada Jarvis hotels to offer customers a chance to redeem vouchers outside the group’s companies for the first time.

Youth clothing brand Firetrap is to launch its first standalone retail store next summer. The brand, owned by World Design &amp; Trade (WDT), is seeking a site for the flagship store in central London. WDT is also planning to launch standalone stores for its Full Circle clothing brand at the end of next year, and […]