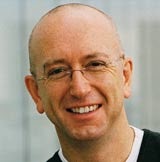 Daley has steadied Saatchi &amp; Saatchi – but can he win big accounts?

Saatchi &amp; Saatchi’s Charlotte Street headquarters in London has been the birthplace of some of the most famous ads in history – and hosted many an opulent party along the way. But it was with a hint of irony that a soirÃ©e so grand it conjured up memories of the 1980s should mark a new dawn for one of the world’s most famous ad agencies.

Gum, Saatchi &amp; Saatchi’s new branded entertainment division, launched last week with a party bursting at the seams with famous faces from the worlds of fashion, music, sport and television.

The division has been set up to promote brands to young, urban consumers, and is the brainchild of the agency’s UK chairman and chief executive Lee Daley, who celebrates his first anniversary in charge next month.

Daley, the former global chief executive of WPP Group’s Red Cell network, was brought in last year to stabilise an agency that was making the headlines as much for its senior management changes as for its account wins or creative work. Known for his relentless energy, Daley appeared to have waved his magic wand when Saatchi &amp; Saatchi came second in Marketing Week‘s Agency Reputations Survey earlier this year (MW July 21).

But the lack of a big account win has led some to question what has changed. Saatchi &amp; Saatchi won a &£7m demutualisation project for Standard Life last month (MW August 11); Industry@Saatchi, the agency’s research and development arm, was appointed to handle a &£5m global assignment for Dr Martens in June; and Team Saatchi picked up the &£2m French Tourist Board creative account at the start of September. But the feeling in the industry is that the agency needs a big, new client to prove it is back on track.

Agency Assessments partner Stuart Pocock says: “Daley has had a substantial effect internally. People are quite upbeat at the agency and everybody seems impassioned. He’s doing a good job of turning things around – but now he needs to turn that into winning new business.”

Daley is a planner by trade and has worked at agencies including WCRS and McCann Erickson. He says of his first year at Saatchi &amp; Saatchi: “I’m where I wanted to be in terms of existing clients. The quality of work is better across the board, but I’ve been trying to drive three years of change through the company very quickly.

“I want the growth curve to accelerate, but I want business to come from new areas and not just traditional advertising. My aim is to be number one in every one of the categories in the Agency Reputation Survey. I want to make Saatchi &amp; Saatchi the best and most creative place in the UK.”

One criticism levelled at Daley – an eloquent and passionate speaker – is that he merely talks a good game. But the general feeling is that he has made a positive start.

A source close to Saatchi &amp; Saatchi says: “Daley is not necessarily a conventional leader. There are others who would listen to those around them more than he does. He is probably more polarising than some, but is he making a difference? Yes. Are there a few who feel bruised on the way? Yes. But is it a positive difference? Yes.”

The agency is this year expected to announce its best financial results since 2000 and has made the shortlist for the easyJet account – which could be the major win it has been looking for. Daley has certainly refocused the agency, and the launch of Gum shows his commitment to looking beyond the traditional agency model. His next challenge will be to get more of the world’s biggest brands through the doors of 80 Charlotte Street once more.

Npower has come out fighting with an advertising campaign and a new product aimed at attracting disgruntled British Gas customers after the company announced price rises of 14.2 per cent last week. Meanwhile, British Gas is fighting back with an offer to freeze its gas and electricity prices at the new rates for the next […]

Ware Anthony Rust has been appointed by Konica Minolta Business Solutions to develop a &£1m direct-response campaign for its range of Bizhub multi-functional products.

The UK has become a nation of gadget lovers – with huge numbers of people now carrying camera phones, PDAs and iPods, a trend that appeals to muggers and osteopaths alike. Content providers have begun to exploit this love affair with the gadget – from reality TV shows reaping huge financial benefits from viewers’ texts […]