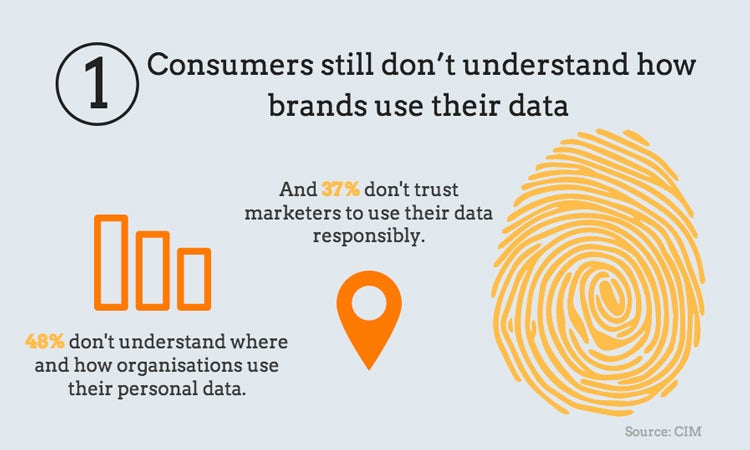 1. Consumers still don’t understand how brands use their data

With GDPR now in effect, 48% of consumers still don’t understand where and how organisations use their personal data, up from 31% when the research was last conducted two years ago.

Just 7% feel they have a good understanding of how companies use their data, with 45% saying they “somewhat understand”. But less than a fifth (18%) believe businesses treat people’s personal data in an honest and transparent way.

Less than half (41%) of those questioned are aware of the new data regulations, but of those that are, 68% think it will improve how organisations use data. However, just 43% say they “know their rights as a consumer in relation to data protection”.

Despite the lack of understanding, trust in how marketers use consumers’ data has improved. In the last survey, 57% of the public did not trust marketers to use their data responsibly but this has fallen to 37%. However, only 6% would trust all organisations, with 48% saying only some have their trust.

Distrust in social media sites such as Facebook and Twitter is particularly high at 73%. Just 16% agree that technology platforms treat personal data in an honest and transparent way and only 6% feel they “mostly” understand how their data is used. 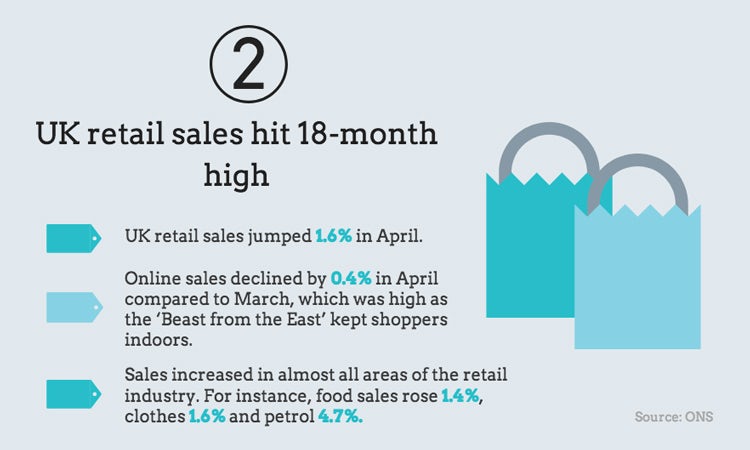 UK retail sales saw the biggest increase for the past 18 months during April, jumping 1.6%, following a tough March where poor weather forced consumers to stay at home.

However, online sales declined by 0.4% in April compared to the previous month, which was particularly high as shoppers were forced away from high streets thanks to the ‘Beast from the East’. As a whole, online sales remain up 1.7% year on year.

Sales increased in almost all areas of the retail industry. For instance, food sales rose 1.4%, clothes 1.6% and petrol 4.7%.

However, department stores saw a 0.9% drop on the previous month. 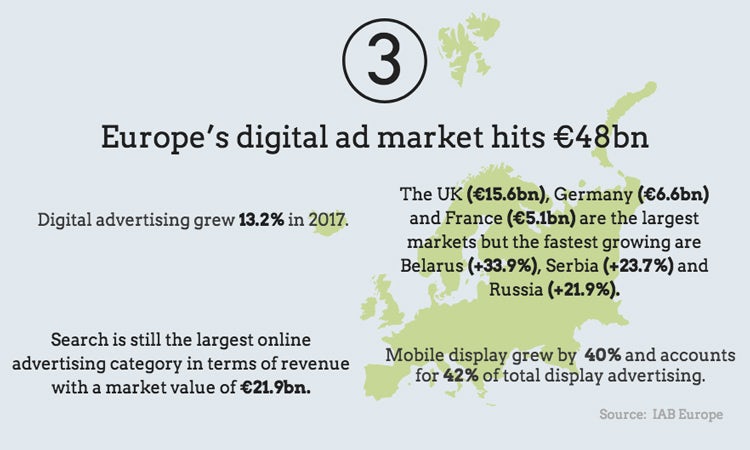 Mobile dominated, seeing double-digit growth in all 27 markets. While mobile display grew by more than 40%, now accounting for 42% of total display advertising.

Social grew at a similar rate (38%) and increased its share of display, while video grew by four times the rate of non-video display at 35%.

Search, however, is still the largest online advertising category in terms of revenue with growth of 14.4% and a market value of €21.9bn. 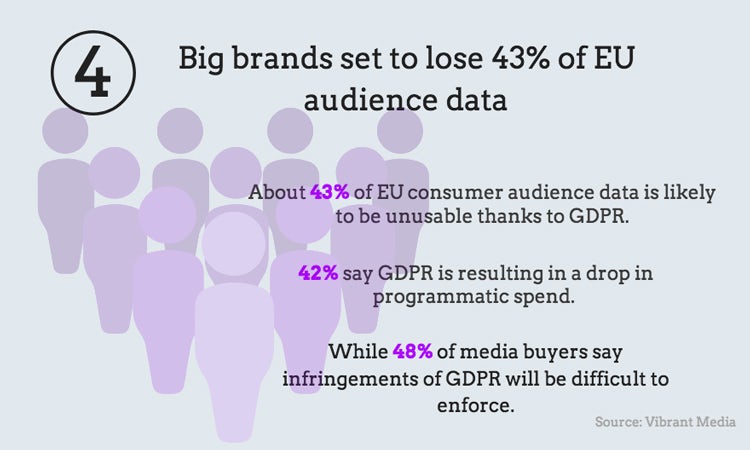 About 43% of EU consumer audience data is likely to be unusable, following the introduction of GDPR.

Despite 48% of media buyers believing infringements of the GDPR will be difficult to enforce, media agencies are reporting a decline in spend on the most GDPR-compromised marketing strategies.

For example, 42% say GDPR is resulting in a drop in programmatic spend.

Another 68% of media buyers say this can be helped if emphasis is placed on contextual targeting ad campaigns. 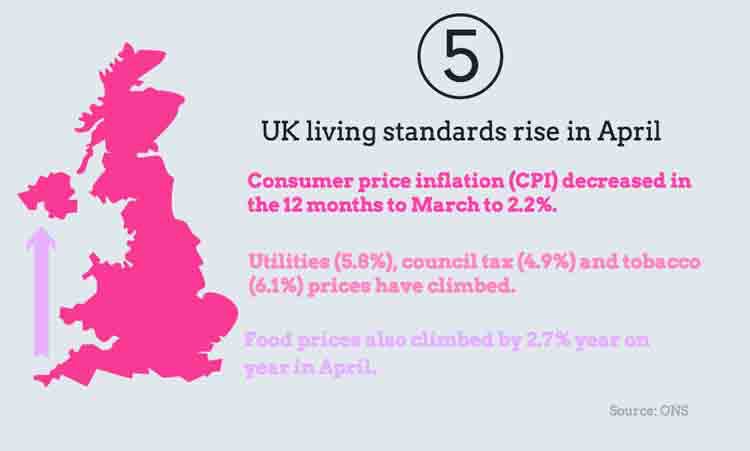 Consumer price inflation (CPI) continued its downward trend in the 12 months to March to 2.2%, marking the lowest rate since January 2017.

However, inflationary pressure still persists with utilities, council tax and tobacco prices the worst offenders. Inflation for each of these three categories grew during the month of April with rises of 5.8%, 4.9% and 6.1%, respectively.

Food prices also climbed by 2.7% year on year in April. Grocers have been reporting inflation close to 2.0% given their price investments