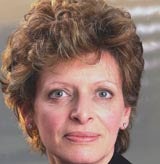 IPC has also promoted Southbank head of business development Claire Portis, who has been on maternity leave. On her return, Portis will take up her post as advertising business director, reporting to Southbank group ad director Clare Dove.

Visit Britain, the inbound travel company, has changed its name to VB International after reaching an agreement with VisitBritain, the renamed British Tourist Authority (MW March 27).

Nestlé Rowntree is scrapping the Rowntree’s Fruitsome cereal bar, less than a year after its launch. The bar failed to make an impression with consumers.

Institute of Practitioners in Advertising incoming president Stephen Woodford has pledged to raise professional standards within the advertising industry. He intends to introduce two qualifying exams, one at entry, the other at manager level. Woodford is chief executive of WCRS.