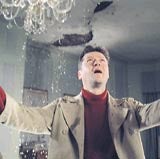 French insurance giant AXA is understood to favour J Walter Thompson for its £11.5m advertising account, although BMP DDB still remains in the frame after a six-way pitch.

The other agencies on the shortlist comprised Publicis, WFCA Integrated and incumbents TBWA/ London and HHM.

The review was led by AXA UK head of brand Darrin Nightingale, in conjunction with the marketing directors from sub-brands AXA Insurance, AXA Sun Life and AXA PPP Healthcare. The appointment of one agency for all the AXA brands reflects the company’s intention to create a single brand strategy worldwide.

AXA shifted its emphasis to above-the-line advertising last year when it lost the FA Cup sponsorship after four years to rival Nationwide.

AXA denies speculation that its media account is up for review. OMD UK holds the bulk of its media business. MediaCom handles the planning and buying for AXA Sun Life Direct.