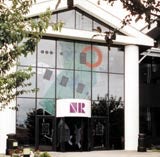 Northern Rock is close to signing a multi-million pound two-year deal to become the next shirt sponsor of Newcastle United Football Club.

The Premiership club has been searching for a new sponsor since the beginning of this season, when troubled NTL pulled out of its deal early (MW September 26, 2002).

Northern Rock advertising director David Henderson says: “It would be wrong to say this is a done deal but we are further down the line than anybody else.” Henderson says there is “great brand synergy” between the bank and the football club, as both have their roots in the North-east. Northern Rock already has sponsorships in cricket and golf. It uses Proactive Sports Group, which also works for Newcastle United, to handle all its sports deals.

Henderson refuses to comment on what Northern Rock hopes to pay for the sponsorship, but it is understood to be much less than the reported &£15m NTL paid three years ago.

Newcastle United has announced that it is to appoint a sports marketing agency to search for commercial partners for its new training academy. The successful agency will be tasked with either bringing in a single sponsor, which would take the naming rights to the academy, or a group of sponsors. The package will include matchday hospitality, television exposure and branding around the club.