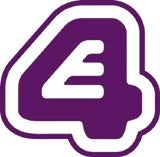 With some media buyers and analysts predicting that the number of Freeview homes will overtake BSkyB homes in the next couple of years, the land-grab for channel space on the platform has begun in earnest.

In the past few weeks, ITV and Channel 4 have secured extra capacity on Freeview: Channel 4 has announced that E4 and E4+1 will go free-to-air on the platform this month, rather than later in the year (MW last week) and ITV has acquired digital broadcaster SDN, burying memories of ITV Digital by reinvesting in digital terrestrial television and the possibility of extra capacity from 2007.

A host of other new channels are set to join E4, which goes free-to-air at the end of the month with the start of the new Big Brother series. Channel 4 also plans to launch another free-to-air channel, More 4, which is aimed at an older audience, in October. ITV, which began broadcasting Men &amp; Motors free on Freeview on Monday has plans to launch a male-oriented channel called ITV4 and possibly a children’s channel later in the year.

So far left out in the cold, Five is also trying desperately to establish a portfolio of digital channels. While it has benefited hugely from the distribution of Five on Freeview, it has rented out its remaining allocated space on the platform to Top-Up TV on a long-term contract. There has been talk of Five acquiring Flextech’s pay-TV channels, among them Living. The broadcaster is also understood to be interested in bidding for any extra space that becomes available on Freeview and is looking at a channel aimed at women.

Freeview is now in almost 5 million homes and is expected to reach 6 million by the end of the year, while there were 7.6 million Sky Digital households at the end of last year. Enders Analysis estimates that digital terrestrial TV will overtake digital satellite by 2008 (taking into account secondary sets) and will be present in 77 per cent of UK TV homes by the end of 2012, Ofcom’s date for analogue switch-off. Enders is confident that BSkyB will achieve its goal of 8 million UK and Irish subscribers by the end of 2005, but is less convinced that the satellite broadcaster will hit its target

But in its April UK Digital TV Platform Growth report, Enders also concluded that pay-TV platforms will continue to draw viewers who are more attractive to advertisers, as their customers tend to be younger and include a larger share of households with children.

Freeview has prospered despite the limited choice of channels – just over 30 – available to viewers. According to BARB, the five terrestrial channels accounted for 80.1 per cent of viewing in Freeview homes in March 2005, compared with just 50.6 per cent in Sky Digital homes. But as more channels come on board, the strong position of the terrestrial channels in Freeview homes is likely to be eroded. Zenith Optimedia head of television Chris Hayward says with E4 going free-to-air it could “end up squeezing ITV1, ITV2 and Five on the platform”.

Carat media director Steve Hobbs estimates that Freeview’s 5 million homes will boost E4 and E4+1’s share of all adult impacts, currently 1.43 per cent in 2005 to date (BARB), by 50 per cent, taking into account the profile of a typical Freeview home. “So it should break two per cent, making it number three [among non-terrestrial channels] behind ITV2 and Sky One.” However, he expects E4 and E4+1 to take the top spot behind the terrestrial channels during Big Brother.

The reason for E4 going free-to-air on Freeview is “a straightforward financial one”, says Channel 4 chief executive Andy Duncan. “We’re forecasting an increase in ratings and advertising revenues, which we expect to exceed lost subscription revenues.”

Channel 4 does not disclose individual channels’ revenue figures, but industry insiders claim E4 and E4+1 take about £45m in advertising revenue. Given that the TV deals have been done for 2005, the real revenue gain for E4 will come next year, with industry insiders estimating that the channel will have been set a minimum target of a further £10m in advertising revenue.

At the end of last year, E4 moved into operating profit, but the decision to increase its programming budget by £20m to £60m has pushed the channel back into the red.

However, financial considerations have not been top of the agenda with More 4, which will focus on factual programming. “It is being driven to maximise its public service contribution, not to maximise profit,” says Duncan, who nevertheless claims that the business plan provides for it to break even in the medium to long term.

Having allocated all available spectrum, including that which has been promised by Crown Castle, Channel 4 has no immediate plans to launch further channels on Freeview, although a gaming channel is under consideration.

However, as compression technology develops, more spectrum is likely to be made available, and Channel 4 – along with Five – would undoubtedly like to snap it up.

The fight for an increased presence is partly what has motivated ITV’s acquisition of SDN from United Business Media and S4C Digital Media for £134m. As the holder of the licence to operate Muliplex A, one of six digital terrestrial multiplexes, it transmits ten channels on Freeview – among them Five and QVC – and also offers ITV access to a new form of revenue which is expected to grow in line with Freeview. Accenture media analyst Theresa Wise says: “Because Freeview is growing really fast, I think this will look a cheap deal in a few years’ time.” The deal gives ITV the potential for additional broadcast capacity from 2010, when the contracts come up for renewal and, subject to advances in compression technology, extra channel space in 2007.

But the multi-channel digital strategy adopted by both Channel 4 and ITV is leading some to question whether they are merely stealing viewers from their core channels. Duncan says: “I don’t think so. Our channels will be complementary: we will build a Channel 4-branded family of channels.”

Ultimately, according to Billetts’ Andy Pearch, the strategy is a way of protecting advertising revenue that might otherwise be lost by the terrestrial channels with the take-up of multi-channel TV.

The real question is how BSkyB will respond to this level of interest in Freeview. For the time being at least, E4 will remain part of its Family Pack and is not included in the subscription-free offer. BSkyB has said in the past that it will not take its pay-TV channel, Sky One, on to Freeview, where it already has a presence with channels such as Sky Travel. No doubt BSkyB will try to continue to use its football, movies and technology, such as Sky Plus and high-definition TV, to maximum effect in its battle to boost its subscriber base and annual revenue per user – leaving others to fight over Freeview.