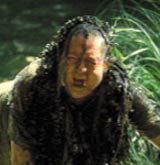 The ad, which was created by Bartle Bogle Hegarty, featured a man being stung by a wasp, developing an allergic reaction and being shot by police with a tranquiliser dart.

The ASA upheld complaints that the execution could be offensive to people with allergies and accepted that some viewers had felt “personal distress” watching the advertisement. It ruled the ad could not be shown again.

The ASA has also ruled that an ad for NestlÃ©-owned cereal Shreddies can no longer be shown in its current form because of concerns about the scientific validity of the ad. It claims that a good breakfast aids concentration in children, but the ASA ruled that the connection to Shreddies was not direct.

WPP Group, the world’s second-largest advertising and marketing services company, has reported a 32 per cent increase in pre-tax profits to Â£255m for the six months ending June 30, and a six per cent rise in like-for-like revenues.

New Covent Garden Food Company is strengthening its portfolio with the launch of a Winter Soups range.

Whatever happened to warm beer? There was a time when it was what we Brits were famed for around the world/ warm, flat beer served by a comely, buxom wench. Now everything is cold or extra cold and The Sun is launching a campaign to protect ou