The ad is part of Boots’ continuing campaign to illustrate the excitement felt by women when creating and experimenting with new looks and make up. The campaign broke this week on all TV channels and online.

The 30 second spot has been created by created by Mother and sees a female office worker use cosmetics from Boots to dramatically change her image three times.

The makeovers show how new looks help women feel good about themselves in different situations withy straplines from “I’m ready for bigger things” to “No I didn’t have a late one” and “Caught you looking”.

Each ad shows the same scene played out three times and each look evokes a different reaction from the woman’s colleagues.

In the version of the ad specifically created to run during X Factor, the spot has a twist at the end featuring a showstopping look called “I’m ready for my audition”. The office worker is greeted by her enthusiastic work colleagues who are all in T shirts with a ‘vote’ slogan.

The campaign continues to feature The Sugababes’ single ‘Girls’. 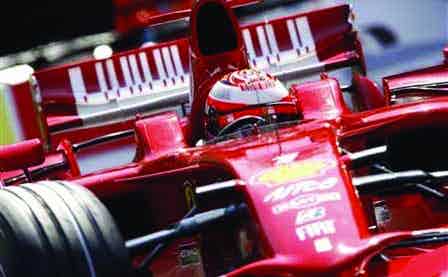 Santander has signed a five-year sponsorship deal with the Ferrari F1 team.

Nature Babycare, the environmentally friendly nappy brand from Swedish company Naty, is launching an online coupon promotion for members of its Ambassador Programme.