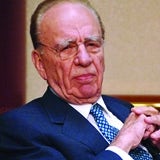 The Rupert Murdoch-led media company wants to buy the 61% of the pay-TV company it does not already own.

Business Secretary Vince Cable says in a statement: “On the basis of the information and submissions available to me, I have decided that it is appropriate to issue an intervention notice in this particular case.

“The independent experts at Ofcom will now investigate and report to me on the media plurality issues that may arise from this proposed acquisition.”

Critics of the deal are concerned over the number of media outlets that would be controlled by NewsCorp if the deal to buy Sky outright was rubber-stamped, so-called “media plurality.”

The company already owns UK newspapers The Sun and The Times.

News Corporation says in a statement that it “is confident that the proposed investment will not adversely affect media plurality in the United Kingdom and looks forward to discussing any substantive issues with the relevant authorities.”

Media groups including the BBC and BT have written to Cable asking him to intervene and halt the deal, claiming it “could threaten the future of other UK press and TV groups.”

The takeover also faces a European probe after NewsCorp lodged a “notice of intent” to launch a bid with the European Commission yesterday (4 November).

The Commission has up to 25 days to decide whether to investigate further.

Meanwhile, NewsCorp says an uplift in advertising revenue from its television and newspaper operations helped push net profit up 36% in its first quarter.