With gloomy economic forecasts for the UK, many retailers are looking for growth in emerging markets such as Russia, Germany and China. 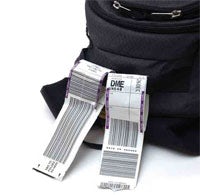 In his latest Budget, chancellor George Osborne admitted that, while the UK economy was no longer shrinking and therefore not recessionary, he had downgraded its growth prospects from 2.1% to 1.7%.

With this in mind, retailers have been looking overseas for growth, and the travel bug is spreading fast, from small retail brands with big ambitions, such as the privately-owned fashion retailer Reiss, to national institutions that have already dipped their toes in international waters, such as Marks & Spencer. M&S announced last week that it is to return to France this year with a womenswear and food store on the Champs Elysees, having closed its Parisian outlet in 2001 (the store became infamous for providing sensible knickers to the dancers of the Folies Bergere).

Expansion seems to be a key element of the iconic British retailer’s new regime, led by the internationally-minded chief executive Marc Bolland. The Dutchman has pinched a Spaniard, Jan Heere, from Zara owner Inditex to be M&S’s new director of international retail. And it looks like he will be kept busy: “We have an excellent partner in India which has access to very good retail space. It is a very big player in India and it wants to grow with us,” said Bolland in his November business update.

India is an important market for the company. M&S already has 19 stores in major centres including Mumbai, Chennai and New Delhi, opened with Indian franchise partner Reliant Retail.

It has seen its brand positioning move from being a small premium retailer selling through small stores to opening larger stores and more mid-market pricing achieved through local sourcing. The company hopes to source 60% of its products locally by 2012. Bolland will also use his experience working for Heineken in China to take M&S to key urban locations there, particularly Shanghai. Overall, the company has ambitious plans to increase international sales from £500m to £1bn by 2014.

Perhaps it is the influence of a coalition government, but many UK retailers are expanding internationally through tie-ups with franchise partners which are already established in the foreign market. Collaboration has been key to Jaeger’s success in opening shops overseas using the Jaeger London brand, says head of international development Adrian McAllister. “Finding the right partner is essential to success in a foreign market. From getting product through customs to finding the right bit of real estate, it all requires immense attention to detail. The brand really needs to be in the right place and for that to happen you have to be with a partner.”

Partnerships are particularly valuable in markets where the cultural and linguistic gaps are wide. For example, Jaeger has just moved into the Russian market and has found its bureaucracy difficult to navigate. McAllister has partnered with Russian-based franchise operation JamilCo to help it gain the inside track. JamilCo has previously worked with the likes of Ferragamo, De Beers, Burberry and Hermès in helping them expand into the Russian market.

The first two Jaeger London stores open this spring in central Moscow in the luxury Vremena Goda and Metropolis malls. Further stores are planned in Moscow and St Petersburg.

Partnerships can be the way forward even for non-premium brands, as Mamas & Papas commercial director Tim Maule explains. “In some markets we work with franchise partners and in others we work with distributors.”

Maule also points out that entering new markets requires a certain ego-check for the brand owner: “You’ve got to be aware that you don’t know best. You need a partner who understands the nuances of the market. The bit that takes the time and effort in expanding internationally is choosing the right partner. Getting the wrong one is our biggest worry. But we have a track record in making good choices.”

While it’s important for marketers to consider that they cannot possibly understand the finer points of every new market, remaining true to the brand while being flexible to accommodate cultural differences seems key to success.

“An international product line has to have international appeal,” Maule insists. Not only that, but it has to comply with the different regulations of each separate market.

Maule explains the headache that the different types of pushchair requirements can provide. And culturally, there are preferred colours. Orange, for example, is preferred in Spain and Holland; a certain shade of blue goes down well in France. As for regulations, what is classed as ’completely flat’ – the point at which a stroller can be sold as newborn-compatible – varies from country to country. And in Japan, all pushchairs have to have a narrow wheelbase to get through ticket barriers because everyone takes their baby on the subway. There is no single pushchair in existence that will cater to all these demands.

For a brand such as Hotel Chocolat (see Q&A, below), the brand tweaks are somewhat simpler. “We have two significant considerations,” explains Angus Thirlwell, co-founder of Hotel Chocolat. “We have developed a reputation in alcoholic chocolates but because of regulations in the US, we can’t import them. We could make them over there but that is a decision we have yet to make. On the other hand, we have a very high cocoa content in all our chocolate and we discovered that Americans’ taste is primarily for dark chocolate. So it was simply a question of finessing our range in that direction.”

While Maule has to change to appeal to everyone, and Thirlwell simply has to tweak here and there, fashion brands can be the most resolute about their brand proposition, according to Reiss brand director Andy Rogers. “We are confident of who we are. We have a Reiss girl and a Reiss boy and they are our DNA,” he says.

…be aware that you don’t know best. You need a partner who understands the nuances of the market

Jaeger’s McAllister concurs: “We have one global range, no matter where we are. We can tweak the assortment depending on location, but the lines remain essentially the same. We have our own identity and merchandising style. In our two Moscow stores the biggest difference will be that one is aimed at a slightly younger consumer and the other a more luxury-end buyer.” But, with a nod to Russia’s extreme weather conditions, McAllister adds: “That said, I am excited about the opportunity in coats.”

It seems there is much for UK brands to be confident about when looking to expand. However, there is need for caution. Despite M&S’s current bullishness, it has had to pull out of France once before. And the seemingly indefatigable Tesco is running its Fresh & Easy chain at a loss overall, though it retains faith in the business as it plans to open more stores.

Meanwhile, Best Buy, the US-based partner of Carphone Warehouse, which trades as The Phone House in Europe, has lost several key executives involved in its overseas trade. European CEO Scott Wheway, branded operations chief Paul Antoniadis and head of online DeVere Foster have all left in the past six months, casting gloom over its European operation. It is also closing its Turkish operations. Neither Tesco nor Best Buy would comment on these events.

The message seems to be, tread carefully, find someone to hold your hand, but on the whole: go for it.

Location, location, location – that is the key to a successful international launch. When we took Reiss to Russia recently, it was the best plot in the newest, hottest department store in Moscow. We’re carrying on with that strategy with our latest launch in St Petersburg and beyond.

It’s tough finding the right location, particularly in Europe. We should probably do between five and 10 stores in Paris but it’s very difficult finding the right place. Equally, we’re keen to get into Germany – founder David Reiss has been there himself five times in the past year alone looking at Hamburg, Munich and Berlin. We want to do it, but we want to get it right.

We also need to ask if its consumers will buy into Reiss as a British brand. We have a certain sharpness and we try to enter countries that mirror that quality. In France, we’d be competing for attention with brands such as Marant.

We are perhaps unusual in that we don’t work with partners because we are confident of our product and our market – about who we are. Being able to control your brand doesn’t always happen with partners, and good partners are rare. Working on our own helps preserve our reason for being. That said, you need someone in the business who can be the driving force behind your international strategy.

We did have some invaluable help from the real estate people who assisted our first steps into the Tsvetnoy mall in Moscow.

The first time you launch an overseas outlet will always be a painful process and the first decisions you make are so important – they colour everything you do from then on.

brand in the spotlight – Q&A

Marketing Week (MW): Why expand now?
Angus Thirlwell (AT): We’ve grown up a bit as a business and become very competent at making our products. We have a greater understanding of how the market works so we can take on new challenges.

MW: Those challenges are?
AT: Expanding into the US. Despite the cliché of low-quality Hershey’s chocolate, the market is split. It’s actually fizzing with creativity and new start-ups doing high-end chocolate products.

MW: So if there are others like you, how will you succeed – as the outsider?
AT: We have a unique spirit of British originality and the American start-ups seem to take themselves very seriously – we inject some British humour. Our niche is also that we are the cocoa grower.

MW: What’s been your greatest challenge?
AT: Chocolate is difficult to ship to the US. It must be done at the right time – clearly it’s perishable – and you need storage space. We’ve been importing into Boston over the past 18 months and it wasn’t easy to begin with. Regulation and red tape are always difficult and the Food and Drink Administration (FDA) is a real hurdle. We have only just got our consignment of Easter eggs released after testing. But brand awareness is important, not just for the consumers over there – once the authorities get used to us, I’m sure the process will get easier.

MW: Why not circumvent that bymanufacturing on-site?
AT: I’m confident the regulators are getting a lighter touch with us and the decision on whether to move any manufacturing over there is yet to come.

MW: Where next after the US?
AT: We get enquiries from all over the world but our mandate was always to develop our brand in the way we wanted to. Pushing too hard simply wouldn’t be fun. We are looking into northern Europe – Scandinavia and Holland primarily – later this year.