In the context of the coronavirus pandemic, diversity of thought in marketing teams could prove to be a secret weapon. Understanding how different people are experiencing the outbreak and the place they see for brands in their lives will help businesses carve out a position that is relevant and resilient during the crisis and beyond.

However, while brands talk about embracing diversity of thought, do they have a blind spot when it comes to recruiting talent from the Armed Forces community?

Annually there are around 15,000 UK military service leavers with an average age of 30, as well as more than 2 million veterans and a large community of military spouses. Why then is this large pool of potential talent being missed by brands?

“It’s broken on both sides,” says head of channel partner marketing EMEA at Facebook, Andrew Mihalop. “The guys that are leaving [military life] don’t know that marketing is a viable career option and employers from a marketing perspective don’t typically think about service leavers as valuable employees and marketers.”

A veteran with over a decade’s service in the Army and reserves, Mihalop left the military to work in publishing sales at Reed Business Information and then moved into digital marketing just as it started to gain prominence. Roles followed at MoneySuperMarket, MediaCom, Google and now Facebook, during which time he co-founded the Mike-Alpha Forces Academy.

A social enterprise backed by Facebook, Mike-Alpha is on a mission to help service leavers and spouses build a career in marketing and advertising, as well as support the 340,000 veteran-owned UK businesses with digital marketing skills.

Mike-Alpha runs five-day intensive courses, in collaboration with digital marketing agency Jellyfish, split across theory and practical group sessions. The aim is to leave the military veterans with a good understanding of marketing theory, strategy and planning. They are then paired with a Marketing Academy mentor, who works with them over six months to enhance their skills.

Mihalop sees a number of complex issues holding brands back from seeing Armed Forces veterans as potential marketers, not least the perception that service leavers might be suffering from mental health issues such as post-traumatic stress disorder (PTSD). He acknowledges that while that is true for a percentage of veterans, there are many who are building brilliant careers or starting successful businesses whose stories are being ignored.

“It’s partly this misunderstanding from some employers and more broadly the corporate sector, but also brands need to acknowledge they are hiring the same type of person, somebody who has gone down the traditional route – left school, got their A Levels, gone to university, got a degree,” he explains.

“A lot of military guys don’t necessarily have those kinds of opportunities, but they are still incredibly talented, willing to learn and there’s a lot of people that are leaving the military with degrees. The key issues are a misunderstanding of the fact that not all Armed Forces veterans are broken and highlighting more of the success stories to show what service leavers can bring to an organisation.”

If anything, Mihalop believes military veterans are perfectly suited to a career in marketing because of their training. He recalls an Army veteran on a recent Mike-Alpha course who explained that the skills she learnt in the military, such as detailed planning and leveraging data to make informed decisions, related strongly to marketing planning and strategy.

“One of the other guys on the course said, ‘This is quite complex everything we’re learning, but then I think back to being on the ground in Afghanistan where I’m talking to three different groups of people on a radio. I’ve got the guys in the air who are looking to support me, I’ve got to communicate with HQ and then I’ve got to communicate with all my guys on the ground while being under fire’,” Mihalop recalls.

Aside from the veterans themselves, there is a wider military ecosystem that could prove a fruitful talent pool for marketing. Mike-Alpha, for example, works in partnership with Recruit for Spouses (RFS) to help source military spouses for marketing roles at brands such as the Virgin Group.

There are persistent issues affecting the wives, husbands and partners of those in the Armed Forces. It can be incredibly hard to find fulfilling work as they typically have to move their family every 18 months to a new posting anywhere in the world, often with just a few weeks’ notice. Coupled with that is the trauma of their partners being sent to warzones.

Moving around to different postings often leaves a gap in their CV, which employers are not prepared to look past. Spouses have also become accustomed to leaving their address off their CV, so that recruiters cannot tell where they live and see their connection to the military.

“People are not looking at the skills, they’re not looking at the person,” says RFS founder and military spouse, Heledd Kendrick. “There is unconscious bias as well. Before spouses get in the room recruiters have thought ‘She’s not going to do very well because she hasn’t had a job for 10 years, there must be something wrong with her’. She’s immediately got the bias against her.

“Recruiters were asking direct questions like, ‘Your husband is in the forces, which means you’re not going to stick around very long’. We had to tackle it.”

Aside from finding it hard to be taken seriously by recruiters, military spouses often end up in roles that do not reflect their talents or previous experience. On the RFS network there are, for example, marketers, teachers, scientists, microbiologists and even a satellite expulsion engineer.

Kendrick argues these people have the right skills and the economy is missing out on special talent by not engaging with the Armed Forces spouse community, as well as failing to understand the pressures faced by military families.

“We’re not crying into our teacups and asking for sympathy, we just need a fair crack of the whip,” she states.

Prior to the Covid-19 lockdown a request from a military spouse for remote working, or even a degree of flexibility, might have been alien to some employers, but Kendrick believes change is coming.

“The lockdown has not been just three weeks and we’ll go back to how it was. Things will change when the lockdown lifts and the economy will kickstart quickly. It needs that human element,” Kendrick adds.

The fact that more than 300,000 businesses have been founded by military veterans is a source of real pride for the Armed Forces community, but often these entrepreneurs need a boost when it comes to marketing strategy.

Mihalop explains that some ex-military entrepreneurs can struggle with identifying their key audiences and are typically jumping on Facebook or Google, spending money and not succeeding.

“The idea was to give these guys the skills to be able to plan effectively, to think about how they build their strategy, how they execute and identify the most valuable audiences,” he says.

“Part of it was very much about strategy, planning and theory, and part of it was the practical skills of once you understand the marketing funnel or the consumer journey, then how do you execute that on Facebook, Google or more broadly on digital channels, because that’s where they were investing.”

We’re not crying into our teacups and asking for sympathy, we just need a fair crack of the whip.

One such entrepreneur is Luke Dalton, a serving solider and co-founder of Contact Coffee. Since taking part in the Mike-Alpha course he has learnt how to refine his brand strategy, drive customer acquisition and sell more products.

“The use of social media we got. We’d had four years of making mistakes and working out what works and what doesn’t, so it was more about stepping back and making a plan,” Dalton explains.

“It’s a bit like the military, stepping back making a plan. You know what you’re doing at exact points and have a target and end goal. We didn’t really set ourselves targets or end goals, we would just throw money at it and see what happens. It helped us think about it more logically. You’re doing this ad or you’re doing this campaign, but what are you actually trying to gain from it?”

Contact Coffee has grown over the past four years to the point that Dalton is leaving the military in four months to work on the business full-time. The company currently sells its coffee and merchandise to 25 countries worldwide and attracts customers far beyond its core demographic of 20 to 35 year old male servicemen.

Dalton thinks Army experience is a good fit with being an entrepreneur because of a mixture of grit and determination, as well as an understanding that for a project to work it takes more than just one person.

“All the working parts build up from having the idea to going through the product development, going through all the marketing strategy and finding solutions at the end. It’s the processes and the structure we carry that on,” he explains.

“Even when we have our chats we do it like military orders, going through the different segments. We transfer so much from the military into how we do the business now. It’s so structured.”

Mihalop believes that entrepreneurs like Dalton, veterans and military spouses are perfectly positioned for roles in marketing because of their blend of life experience, resilience and military training.

Once the lockdown has ended he and his co-founder Sergeant Simon Harmer plan to visit garrisons and military communities across the country to talk about marketing, thereby opening up the talent pipeline. Post-Covid, Mihalop insists there will be an even greater need for military veterans in the marketing industry.

“If we all come from the same background and have the same experiences it stifles creativity and innovation, whereas this diversity – and in particular this cognitive diversity – makes us better marketers,” he states.

“If we’re better marketers then ultimately we’d build companies that build stronger brands and grow their businesses. The military community can really add something to the evolving craft of marketing.” 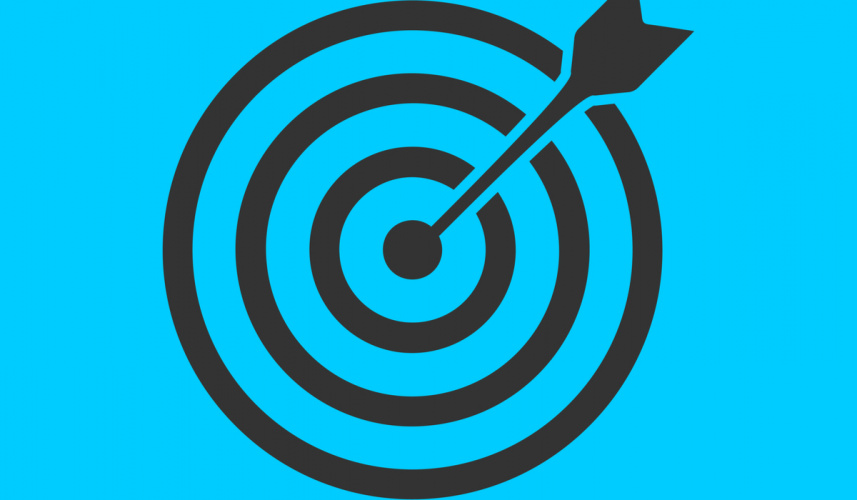 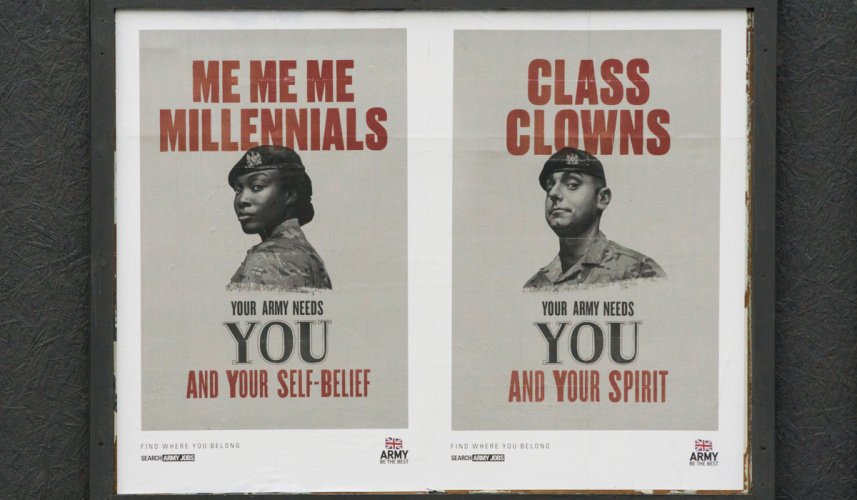 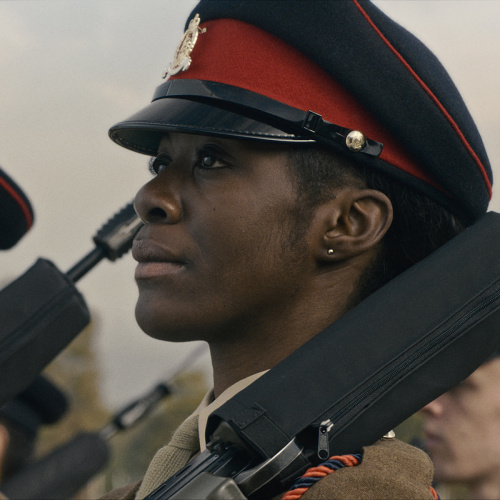