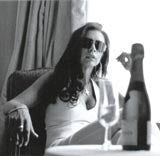 Viral advertising production house Asa Bailey is courting controversy again with its latest project, in which Victoria Beckham appears to be run over by a London bus.

The company is advertising on online auction site Ebay, offering marketers the opportunity to sponsor a viral film in which a Victoria Beckham lookalike shoplifts children’s clothes and is then knocked down while attempting to evade store security guards.

The Ebay ad went live earlier this week, and as Marketing Week went to press the top bid was &£205, which Asa Bailey, founder of the company, confirms is well short of the reserve price. Bailey adds: “It’s a serious offer: if someone offers us enough to cover the costs, we’ll make it.”

It is not known whether Beckham is aware of the auction.

Last year, Asa Bailey registered the OgilvyMather.co.uk domain name, which had just expired, and put up a picture of a corpse with a label carrying the words: “If you understood the modern brand, you would know how to protect it.”

More recently, it created a film in response to the Red Nose Day viral challenge. The film features comedian Paul Kaye headbutting breakdancers. The viral, which missed the challenge deadline, has been released as The Unofficial Red Nose Day Viral, but Comic Relief has demanded that any Red Nose Day branding is removed.