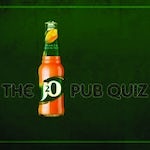 The £1m campaign was created by Bartle Bogle Hegarty and will first air this week on Channel 4 during the Big Brother eviction programme.

Britvic will air two ads during the programme, featuring the ’Tangled Thread’ round from the J2O Pub Quiz.

The first ad will ask viewers a question, which will direct them to the online quiz on the J2O website.

This will be followed up by a second ad, which will reveal the competition’s winner live on TV. The winner will receive a trip abroad for them and their friends.

Britivic claims that its J20 Pub Quiz campaign, which launched in March, has been very successful. A survey of landlords participating in the campaign found 40% of landords saw an increase in footfall and 15% have recorded an uplift in sales.

The launch of the campaign has coincided with the Fifa World Cup, a notoriously busy time for publicans.

J2O brand manager George Cobb says: “We’ve had a fantastic response from the on-trade since we launched the J2O Pub Quiz earlier this year and have so far had nearly 8,000 outlets sign up to receiving their starter pack. Increasing footfall and dwell time in pubs is one of the holy grails for publicans and the activity has certainly had a huge impact and brought people into pubs that wouldn’t have thought the typical pub quiz was for them.”