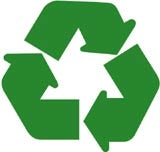 The Greater London Authority (GLA) is to appoint an agency to promote recycling across the capital as part of a major new initiative.

The campaign will form part of a &£21m programme to boost recycling in London, which is struggling to meet government targets.

A spokeswoman for the GLA stressed it was too early to comment on spend for the campaign, but says: “It’s the intention of the mayor [Ken Livingstone] to have a London-wide promotional campaign that would build on our anti-litter campaign.”

The GLA has already run two environmental campaigns this year, both through Soul. In January, the agency beat BMP DDB and Euro RSCG Wnek Gosper to work on a press and poster campaign telling Londoners that the capital is less polluted than they think.

Soul also produced an anti-litter cinema campaign earlier this year. However, there is no guarantee that Soul will be given the new work.

The campaign will run alongside plans to provide kerbside recycling facilities for every household in London within two years. At present, 45 per cent of households have the facilities.

The Government wants the UK to have a household-waste recycling rate of 25 per cent by 2005. The present rate is 10.3 per cent.