It has become an internet craze with “icing” incidents posted online on a dedicated website named “bros icing bros”.

However, the site was shut down last week amid suggestions that Diageo had taken action against its founders. The drinks maker has not confirmed that any action was taken but did say in statement that it had “taken measures to stop this misuse of its Smirnoff Ice brand and marks.”

“The ‘icing’ phenomenon was not created by, and is not supported by Diageo. It is counter to Diageo’s values, and violates our marketing code, of which we are very proud,” it adds.

Diageo will be keen to protect the premium positioning of the Smirnoff masterbrand from such online fads. Intangible Business recently named Smirnoff the world’s leading alcoholic drinks brand in terms of financial contribution and consumer perception.

In addition to advertising regulations, Diageo prides itself on an additional internal marketing framework to ensure that it does not promote irresponsible drinking. 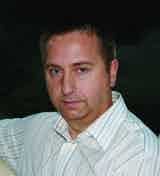 Kevin Slatter, managing director of G2 Data Dynamics, explains how to improve the quality of data and convince the boardroom of its importance to your company’s success.

Honda has promoted Martin Moll, currently head of marketing for its power division, to the newly created role of head of UK marketing for all its products. 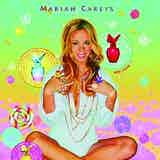 Diva Mariah Carey has teamed up with Elizabeth Arden and Bazooka Candy Brands to create a confectionary-inspired fragrance collection, called Lollipop Bling in a bid to extend her fragrance empire to younger consumers.